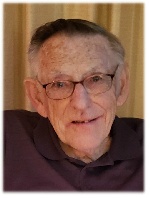 Ronald James Christian, 86, of Le Center, died Sunday, January 30, 2022, at his home. Per Ronald’s request no services will be held.

Ronald was born on December 27, 1935 in St. Henry to Bert and Martha (Widmer) Christian. He was a 1954 McKinley High School graduate in Le Center. Ronald was united in marriage to Catherine Kenyon on January 25, 1969 in Minneapolis. He worked as a meat cutter in Minneapolis and then a US Mail Carrier for 34 years. Ronald was an avid Twins and Vikings fan, enjoyed hunting and fishing, and spending time with family.

Arrangements are with the Le Center Funeral Home in Le Center. 507-357-6116. On-line condolences may be left at www.lecenterfuneralhome.com.
Back to all Obituaries