Paul John Vollmar Sr. of Montgomery, Minnesota passed away on February 3, 2022 from congestive heart failure at the age of 88. Visitation will be held Tuesday, February 15 from 10:00 a.m. to 11:00 a.m. with funeral service at 11:00 a.m. all at St. John Lutheran Church in Montgomery with pastor Jason Pollington officiating. Military honors will be provided by the Montgomery area Veterans Honor Guard.

Paul Vollmar, Sr was born at home to Dr. O. G. Vollmar and Pauline (Bury) on August 15, 1933. The Vollmar family included 4 sons. Paul fondly remembered his wonderful childhood – especially family fishing and hunting trips and the comradery it created. Paul and his brothers spent summers at the family lake cabin on Lake Vermillion. Here is where his love of the outdoors blossomed.

Paul attended Montgomery Elementary School and graduated from Montgomery High School; playing both football and basketball, earning a letter in both sports. Upon graduating, Paul enrolled in Wartburg College in Waverly, Iowa where he began pursuing a degree in pre-veterinarian medicine and business. Only two years into college, Paul was drafted into the U.S. Army in 1953, entering active duty on December 8, 1953. Paul served in the U.S. Army until he was honorably discharged on July 31, 1962 and was awarded the National Defense Service Medal for his time on active duty. He was a proud American Legion and VFW member for more than 60 years and volunteered for the Honor Guard.

Paul met Nancy Kreuger during the summer of 1955. They dated throughout his tour of duty and they were married on May 4th, 1957. Making Montgomery their home, they welcomed three children – Larry, Karen and Paul Jr. A brave and bold entrepreneur, Paul followed his love of the outdoors and with the support of his wife Nancy, bought a fishing camp in northwestern Ontario. Over the next 40 years, while raising three children and various dogs and cats, a wonderful life unfolded. The stories of monster fish, successful bear and moose hunts and the joy of customers that became life-long friends filled our ears and our hearts. Every trip to Thunder Bay to buy supplies for the resort always included a stop at “The Persian Man” for Paul’s favorite donuts – the Persian.
In the resort’s off-season, winters were spent in the balmy climate of southern Minnesota. The owner of one of the earliest available snowmobiles, Paul provided countless toboggan rides and rabbit hunts for anyone willing to come along for the adventure. The greatest gift to inherit was the soft heart of Grandma Pauline, Paul’s mother, which meant neither could get through the Christmas prayer without shedding tears. The cherished family tradition of oyster stew on Christmas Eve has continued into Paul’s grandchildren’s families.

Paul loved adventure, and he made fishing and hunting trips from Alaska to Africa. The trip to Dutch Harbor, Alaska had great military significance to Paul and he was thrilled that he caught the biggest halibut! His children and grandchildren were included on many family hunting and fishing outings. He was always willing to go on an adventure – from catching crappies on a local lake, to King Salmon fishing in Alaska, to hunting rabbit and deer, all the way to the plains of Africa for big game hunts; Paul had a zest for it all.

The sale of the resort allowed for retirement and the time necessary to build a lake home on an adjacent lot to the resort. Their summers were continuously filled with spectacular sunrises and sunsets, days of fishing, and visiting with family and lifelong friends. 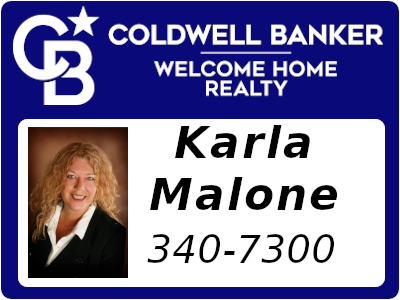