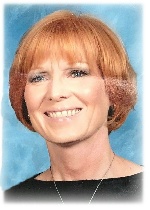 Linda was born on December 17, 1950 in St. Peter to Raymond and Rose Marie (McCabe) Fredrickson. She was a graduate of St. Mary’s Catholic elementary school and also McKinley High School both in Le Center. She was united in marriage to William Charles Norris, Jr. on January 19, 1979 in Montgomery. She worked with her husband as a legal secretary, homemaker and loving mother and grandmother. She was a member of the American Legion Auxiliary, was a very active devoted member of St. Mary’s and St. Henry Churches and Adoration was very important to her. She enjoyed her grandchildren and riding her bike.

Special thanks to Allina Hospice/ Central Health Care and many friends and family for food and support.