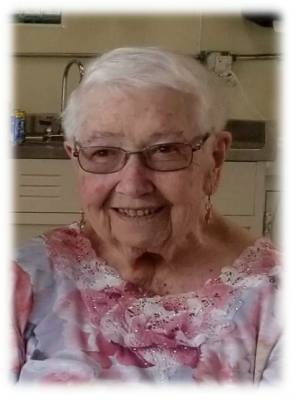 Delores was born on June 6, 1930 in Le Sueur County to Henry A. and Mabel E. (Schwarz) Riebel. She attended District Country School 78 for 8 years and then Le Sueur High School for 4 years. She was baptized, made her 1st Communion, Confirmation and was united in marriage to Leonard P. Beer on June 7, 1950 all at St. Henry Catholic Church. Delores worked at Le Sueur Golf Club, babysat, Green Giant in Le Sueur, Brinktuns in Le Center and also worked at Holiday House in St. Peter.

Arrangements are with the Le Center Funeral Home in Le Center 507-357-6116. On-line condolences may be left at www.lecenterfuneralhome.com
Back to all Obituaries